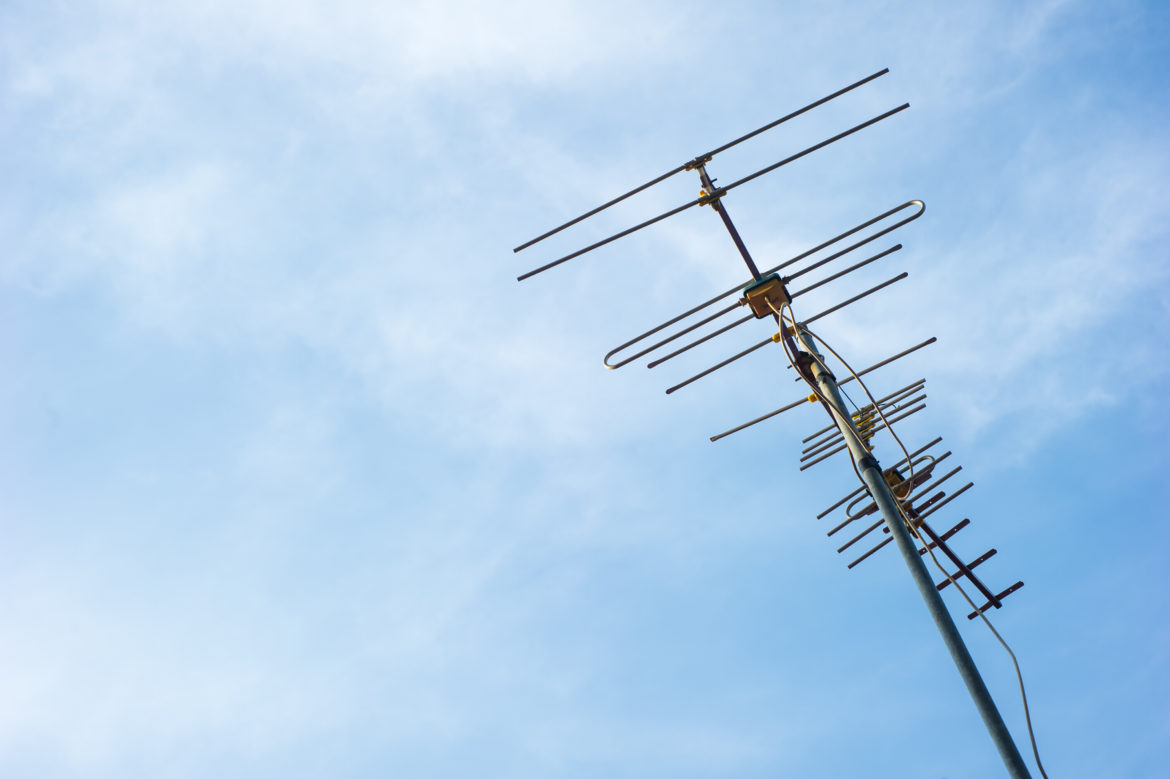 Several public television licensees have opted to take a technological step backward in exchange for cash from the FCC spectrum auction that will help finance their stations’ futures.

Among the 28 licensees in the auction who operate public TV stations, eight chose to shift channels from the more commonly used UHF spectrum to VHF. Seven chose low-VHF — Channel 6 or below, which decades ago aired the earliest TV signals on tube transmitters.

In addition to grabbing big payouts, such as $161.7 million for WGBH in Boston and $94.4 million for Rhode Island PBS, the stations going to low-V will also save money on utilities for equipment that costs far less to power.

However, that VHF transmission equipment — until now considered legacy broadcasting technology — can be difficult to find. To fill the need, equipment manufacturer GatesAir this month debuted a transmitter that covers the entire VHF spectrum, including low-V.

Viewers tuning in to the low-V stations will also discover that, unlike UHF, the channels are prone to interference from anything run by electricity: microwave ovens, computers, even fluorescent lights.

And although operating on low-V doesn’t stop stations from upgrading to the new ATSC 3.0 protocol, it does preclude transmitting content to mobile devices due to the larger receiving antennas necessary.

“There’s a whole litany of physical challenges” for mobile, said Bill Hayes, director of engineering at Iowa Public Television. Those issues “are less about transmitting and much more about receiving.”

Despite the challenges, Rich Redmond, chief product officer at GatesAir, was not surprised that moving to VHF was a viable option for public stations, several of which are his clients.

“They could get almost as much money for moving to low-band as for totally selling their spectrum,” Redmond said. “Plus, there’s significantly lower operations costs. So it was a good opportunity to still meet their public-service mandate and serve their community as well as change up their game financially.”

Before the FCC auction began last May, the majority of public TV stations — 258 — were broadcasting on ultra–high-frequency (UHF) channels between 14 and 51.

A smaller number of public stations, 105, used very high frequency (VHF) spectrum. That spectrum is divided into low-V, channels 2 to 6, and high-V, 7 to 13. Prior to the auction, all but five public stations were high-V.

“When we were analog broadcasters, the technology was more stable and had better market penetration in the lower channels,” said David Piccerelli, president of Rhode Island PBS. “Now with digital, it’s the opposite — higher channels are much more stable.”

Wireless providers bidding in the auction wanted to acquire UHF spectrum to reach mobile devices. So broadcasters earned the biggest payouts by either selling off that bandwidth or moving from UHF to VHF spectrum.

A portion of the payouts will go to equipment costs. “Everything from the encoders to the broadcast antenna will be changed,” said WGBH CTO Stacey Decker. “Where possible we will repurpose anything we can.” Another of the station’s channels, WGBY in Springfield, Mass., is moving to high-V Channel 13. The broadcaster will continue to operate UHF channel WGBX, which covers nearly the same area as WGBH’s current UHF signal, according to station spokesperson Jeanne Hopkins.

VHF equipment is cheaper than UHF, said Bob Gehman Jr. of Kessler and Gehman Associates, a telecom engineering firm consulting with some 50 public broadcasters.  “low-V is even less; transmitter powers are lower,” Gehman said. “If you want to go for broke and maximize your power, you can spend money on an antenna. But even then you’re looking at $100,000 for a low-V antenna versus $300,000 for UHF.”

Piccerelli estimated that Rhode Island PBS will spend $2 million on equipment and engineering costs to move from Channel 21 to Channel 2. At WQED in Pittsburgh, which earned $9.9 million in the auction, Engineering Director Paul Byers said he’s estimating $1 million for equipment including a transmitter, antenna replacement and new encoders.

“When we were analog broadcasters, the technology was more stable and had better market penetration in the lower channels. Now with digital, it’s the opposite — higher channels are much more stable.” — David Piccerelli, president, Rhode Island PBS

Once station transitions are complete, savings kick in. “Channel 4 uses a lot less power to cover the same area than, say, Channel 40,” Redmond said. “If you needed to run a 40-kilowatt transmitter on Channel 37, and went to Channel 3 or 4, you might be running a 5-kilowatt transmitter. Much lower power. So then you can reinvest those savings as well.”

For that reason, WQED requested to return to its original high-V Channel 13 after the 2009 transition to digital placed it on Channel 38, Byers said. “Power bills on the high-V transmitter were exponentially less,” he said. “It cost $10,000 a month to run Channel 38 and about $1,000 a month for high-V.”

But broadcasters have tended to avoid low-V due to manmade noise interference. Anything electrical radiates noise, Hayes said. “In the old days on analog low-V, you’d see on the TV screen sparkling or black noise spots when someone drove by with a bad spark-plug wire. You could see that flashing on the TV. That’s just physics.”

“And now,” Hayes added, “there are a lot more noise sources.”

Gehman said stations need a higher-power signal to cover the noise. “You want to maximize your facilities to get more power,” he said. “Not a larger coverage area, but a better signal within it.”

“Bump up the power,” Gehman said. “It’s just a little more money for the transmitter. Even if you go from 1 kilowatt to 4 kilowatts, it’s a small cost increase.” The increase should cover annoying electrical interference from things like car engines, appliances and electrical power lines.

Byers said WQED will most likely request an increase in power. The FCC is opening a special filing window for stations to apply for a power hike.

Another challenge for stations is that low-V antennas are much larger than those for UHF. “So engineers will be figuring out, is there space on our tower? How can we move things around?” Redmond said.

Consumers need bigger antennas as well. “Rabbit ears and loop antennas that work fine inside for UHF won’t work well for low-V,” Redmond said. “If you happen to have a rooftop antenna leftover from the analog days, those will probably work pretty good.”

The relatively small sizes of stations’ over-the-air audiences also figured into their discussions of moving to low-V. In Rhode Island PBS’s market of Providence, R.I. and New Bedford, Mass., 94 percent of the audience receives the station by cable or satellite. “That was a big part of the decision,” Piccerelli said.

And not all over-the-air households will experience impaired reception, Piccerelli said. “We’ll deal with it on a case-by-case basis,” he said.

Pittsburgh’s WQED also has a “very high cable penetration rate, more than 90 percent,” Byers said. “But that doesn’t mean we don’t care about our over-the-air audience.”

Those viewers might get a bit of help. During WQED’s auction planning discussions, “we talked specifically about the need for antennas and how we might facilitate that,” said President Deborah Acklin. Details are still being considered, she said.

Clarification: This article has been updated to clarify that WGBH’s UHF coverage area will remain largely unaffected with the continued broadcast of UHF signal WGBX.

8 thoughts on “Prompted by auction sales, moves to low VHF bring both challenges and advantages”