I will be clear right away: This article is neither a rant against my country — although I don’t lack the incentive — nor against the Mexican radio industry and her pubescent son at risk, the podcast. Instead, I intend to sketch a panoramic view so that future students, producers and consumers of podcasting in Latin American countries — or from media outlets in general — become familiar with the reasons preventing this medium from catching on in Mexico.

Since the invention of the medium 12 years ago, podcasts have seen slow but sustained growth in audience and the sheer number of podcasts available for that audience. The growth expanded phenomenally in 2014 and 2015 with the launch of Serial. English-language media touted a “podcast renaissance,” and Serial became part of pop culture, with a Saturday Night Live spoof and host Sarah Koenig appearing on The Late Show with Stephen Colbert. Outlets including The New York Times and The Guardian now publish lists of the best podcasts and podcast episodes of the year.

So why aren’t Mexican newspapers like Milenio, El Universal or Excelsior coming up with their own lists about the best podcasts of the year, as they do for books, records and movies? Why don’t podcasts seem to have the same profile in the Spanish-speaking world?

Residents of the U.S. have an edge over their Mexican counterparts in internet access, with 73 percent having a home broadband connection, according to the Pew Research Center, compared to 39.2 percent in Mexico (National Institute for Statistics and Geography, 2016). Smartphone use is also higher among Americans — 77 percent, compared to Mexico’s 66 percent.

That difference seems too small to be responsible for the lower profile of podcasts in Mexico. According to Edison Research, 36 percent of Americans said they listened to a podcast last year. Only 7 percent of Mexicans reported listening to a podcast in 2015, according to research by the Mexican Internet Association.

If internet connectivity is not the culprit, what might be other causes? Maybe the indifference of the digital media industry is to blame.

Podcast listeners in the U.S. benefit from a more robust public media system than their counterparts in Mexico. For example, NPR member stations pay the network for programming, which feeds the development of both podcasts and radio shows that are available as podcasts. These offerings include crucial shows like Latino USA, which focuses on the hopes and fears of Latino minorities.

“[Podcasting] is an incredible freedom space. No broadcasting permit is required. We build something out of nothing, and it’s up there.”

Mexico’s public radio system has no equivalent. Of the country’s 1,728 radio stations, 414 are “public,” with 208 operated by state governments. We don’t have an NPR equivalent in what I regard are the crucial aspects: Stations receive no listener support and have no way to procure revenue other than direct tax funding as established by law.

There have been attempts to improve the conditions for public broadcasters in Mexico. In 2010, nongovernmental organizations like the Mexican Association for the Right of Information (AMEDI) endorsed an initiative proposed by then-legislator Javier Corral, one of the few political figures who has overtly criticized the monopolization of media by companies like Televisa and Tv Azteca. The proposed law aimed to help public and community radio stations procure funding, including advertising. The initiative went nowhere.

Privately owned media have strongly opposed such efforts to aid public broadcasters. The Chamber of the Radio and Television Industry, a lobbying group representing private media companies, has fought such proposals and ultimately has imposed its will. A new Law of Radio and Telecommunications published July 14, 2014, omitted the proposal spearheaded by AMEDI.

For example, in 2008, Jalisco Governor Emilio González Márquez paid MTV Latin America $2 million for the network to hold its 2008 awards in Jalisco’s capital of Guadalajara. The operating budget of the Jalisco System of Radio and Television for the whole year of 2008 was $3.7 million.

A tiny market, yet a market

Readers may be raising an eyebrow because I haven’t discussed the other side of the story. Despite Mexico’s scattered public radio system, it does have a podcast market. But it’s tiny compared to the U.S.’s, with its big private corporations such as Howl, Gimlet and Panoply. 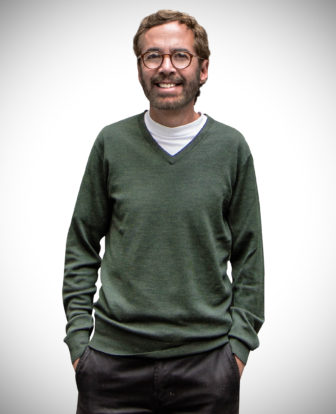 Enter Dixo, Mexico’s oldest podcast network. Dixo started in 2005 when there were no smartphones and less internet connectivity, and when downloading a podcast episode was more difficult.

Of all podcasters in Mexico, Dixo may best exemplify the struggle and commitment to the medium. The Mexico City–based network assembled a team of the best-known voices and best producers from Mexico City’s alternative radio stations. Its podcasts appear regularly at the top of Mexico’s iTunes chart, often crowded with mere recordings of popular radio stations, English lessons and book recommendations for entrepreneurs. Episodes in Dixo’s roster of 24 podcasts sees 400,000 to 600,000 downloads each month.

Dany Saadia, Dixo’s co-founder, believes that people involved in podcasting need to continue evangelizing about podcasting. His company is about to launch a series of 12 videos under the name Dixo Academy. The tutorials will cover how to produce, distribute and create podcasts. Dixo aims to introduce these materials by early April.

Hope is listened to in the end

When Radio Ambulante became part of NPR last year, it was great news for the world of Spanish-speaking podcasts. The podcast is the first program completely in Spanish to air through an English-speaking network. 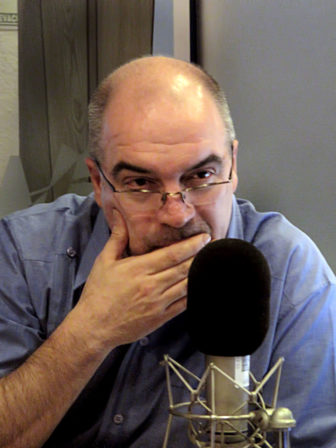 Last year also gave birth to projects such as the podcast network Así Como Suena, led by journalist Carlos Puig, and Convoy, a paid subscription app founded by alternative radio legend Olallo Rubio. Dixo distributes content through an FM Radio network, and legacy magazine Letras Libres, which has been podcasting intermittently as far back as 2008, kept a steady rhythm of podcast publication throughout 2016.

Why do these developments matter? Why is it important that Mexico and the Spanish-speaking world have more podcasts?

“[Podcasting] is an incredible freedom space,” says Puig of Así Como Suena (“As it sounds”). “No broadcasting permit is required. We build something out of nothing, and it’s up there.”

Así Como Suena’s tag line is “stories worthy of being told.” It includes a flagship eponymous podcast, a website, an app and four more podcasts about music, leisure, comedy and politics. The podcasts have hit 90,000 monthly downloads.

Puig believes that to promote podcasting in Mexico, “we have to keep on telling very Mexican stories. We have to appeal to an audience outside of Mexico City. For us, it’s very important to have stories from Tijuana, Guadalajara, Cancun, Yucatan. We have to tell our stories.”

“I believe that we have to tell stories in very personal tones,” Puig continues. “One of the things that we have struggled with is in educating our journalists — often print journalists who are new to audio storytelling— that these types of stories are told in the first person, that they have to take listeners by the hand.” The company has even invested in hiring documentarians to teach storytelling techniques. “We want to tell stories in the best possible way in order to keep on generating volume,” Puig adds.

Dixo’s Saadia says Mexico needs more podcasts so people can “listen to interesting things” instead of watching “too much YouTube.” He thinks that most YouTube content, although widely spread and consumed, “lacks narrative structure, and it’s mainly opinion-based.” And he said he believes that media agencies are not too worried about finding new growth channels to reach targeted listeners: “It looks like they tried to make YouTubers and influencers grow, but in Mexico, we don’t have a star system like the United States.” For example, he thinks it’s very different to try to convey Mexican footballer “Chicharito” Hernández as a star and associate him with a brand, as compared to U.S. stars such as Lebron James, Kim Kardashian and Ryan Gosling.

On top of this, and reflecting this situation, agencies have conducted almost no research about podcasting in Mexico. There are no equivalents of Nielsen or Edison Research in Mexico.

Last year the Mexican chapter of the Interactive Advertising Bureau (IAB) and the Council of Media Research published a “digital glossary,” which included participation from brands, digital media agencies and media conglomerates. It consists of 162 definitions that aim to homogenize terms used within the industry. As of Wednesday, the online version of the glossary does not include “podcast.” A PDF version mentions “podcast” twice, but only as an example of “sponsored content.” Meanwhile, the document mentions “video” 267 times.

The land of audio opportunities

I came to the states because I saw an opportunity.

In 2015, my team Esto No Es Radio won third place in an international competition hosted by KCRW in Santa Monica, Calif. Our piece aired on the show Unfictional, and it has opened doors for me ever since. Last year I collaborated with NPR’s Latino USA.

In less than a year after coming to the States, my work was published by two outlets of national prestige. Dozens of highly renowned podcasts are constantly hunting for all sorts of stories. But there’s a constraint: Stories have to be in English, and most podcast consumers speak English.

There would have been no way to keep exploring this medium had I stayed in Guadalajara, my hometown — unless I had waited until it boomed in Mexico.

Fernando Hernández, born in 1985 in Guadalajara, has been producing radio, journalism and podcasts for over ten years now. If he had the time, he would curate podcast playlists better than any algorithm. If he had the money, he’d produce a serialized podcast about the history of tacos.