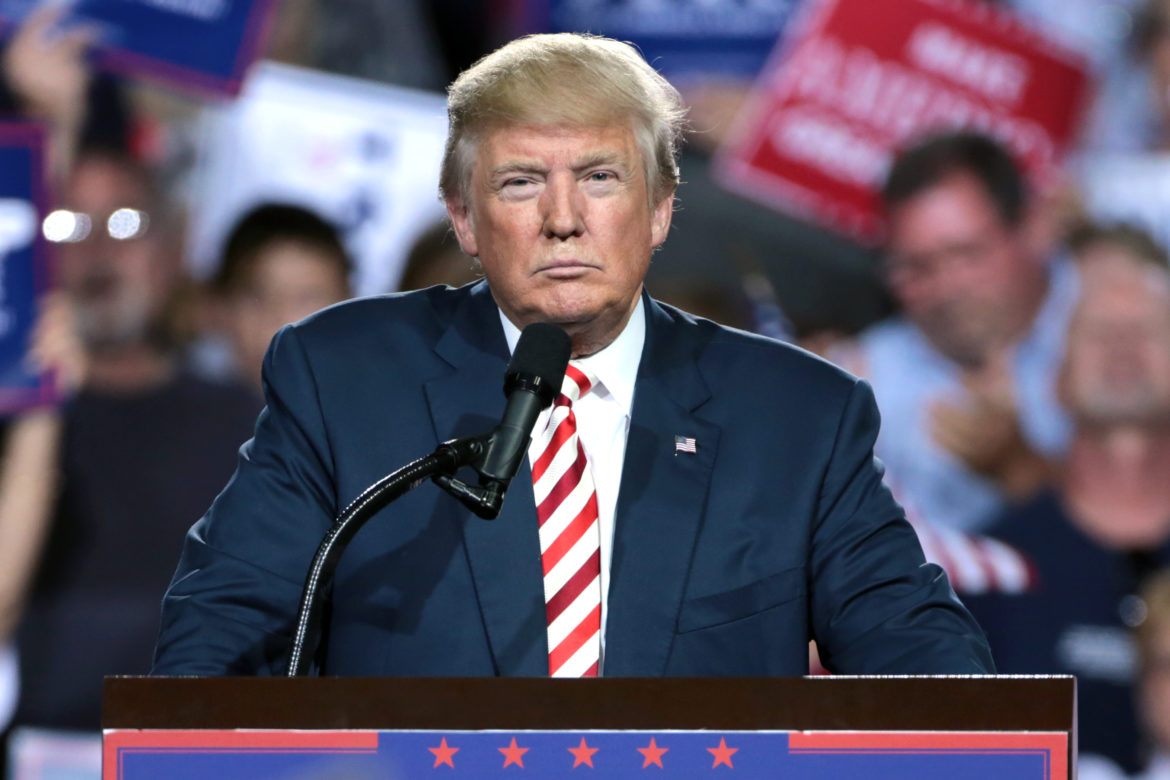 Donald Trump speaking to supporters at a campaign rally in Arizona last year.

The so-called “skinny budget” is a preliminary document that sketches out Trump’s plans for his full budget, expected later this spring. The full budget will then go to Congress for approval.

The document does not contain actual budget numbers for CPB. But in a conference call with reporters Wednesday, Office of Management and Budget Director Mick Mulvaney said CPB funding would be “winding down” this year and zeroed out in 2018, according to Broadcasting & Cable.

“The policy is, we’re ending federal involvement with the Corporation for Public Broadcasting,” Mulvaney said.

CPB is forward-funded by two years to allow public broadcasters to leverage the federal dollars and to protect content from political interference. Current CPB funding for FY17, $445 million, was approved in FY15.

Zeroing out CPB “defies the will of the American people and would devastate the educational and public safety missions of public television they value most,” said Pat Butler, president of America’s Public Television Stations, in a statement.

And Paula Kerger, PBS president, noted that the cost of public broadcasting “is small, only $1.35 per citizen per year, and the benefits are tangible: increasing school readiness for kids 2-8, support for teachers and homeschoolers, lifelong learning, public safety communications and civil discourse.”

Over the past 20 years, NEH has awarded about $142 million to public media projects. “Funding for public film and radio is central to NEH’s mission,” NEH spokesperson Theola DeBose told Current. “Both films and radio programs provide a bridge between the academy and the public, bringing compelling ideas from scholarship to wide audiences.”

The NEA has provided $337.2 million since 1966 to its media arts division, which has funded many public broadcasting projects.

Support for public broadcasting support has survived previous defunding attempts by presidents, even when Republicans held the House, Senate and White House.

This time around, prominent public media supporters include Vice President Mike Pence, who received a Champion of Public Broadcasting Award in 2014, and Republican Rep. Tom Cole, chair of the Subcommittee on Labor, Health and Human Services, Education and Related Agencies, which handles funding for CPB, NEA and NEH.