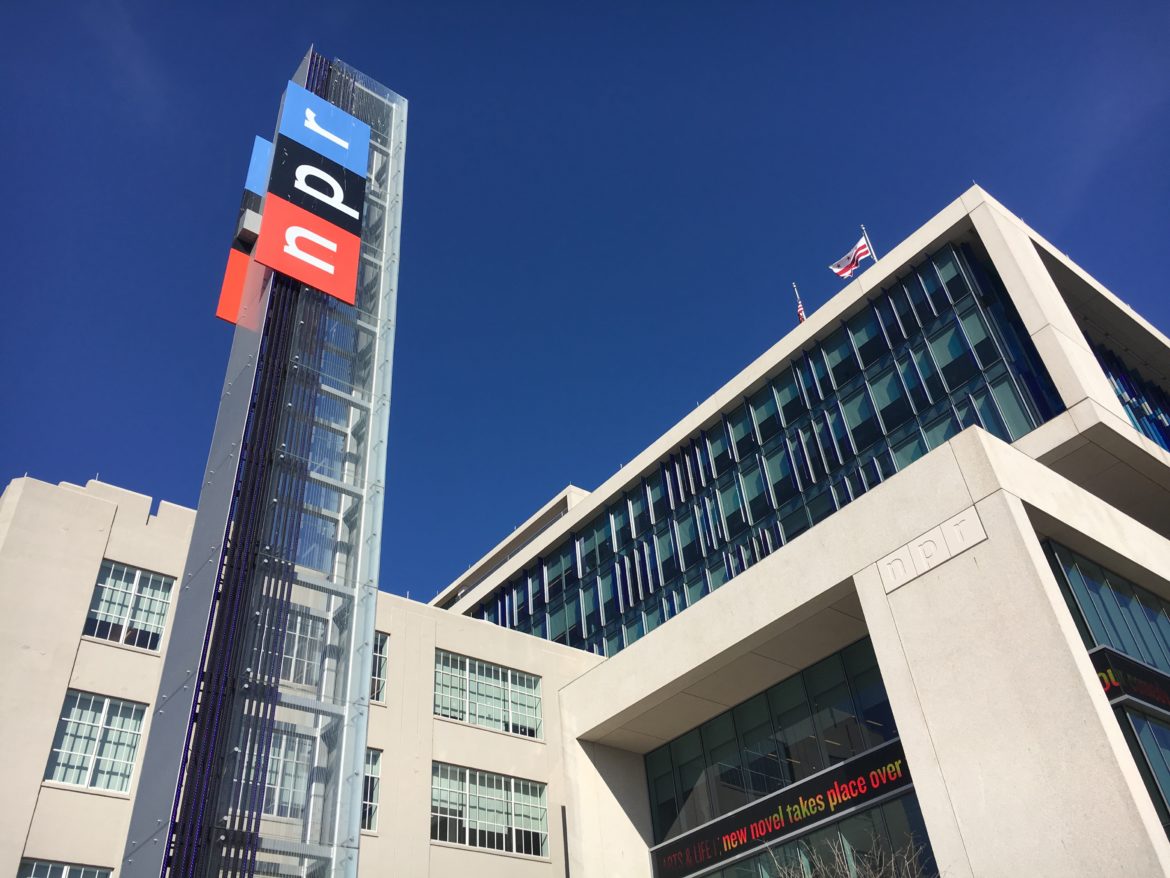 The NPR board of directors approved Friday a three-year plan for increasing station fees, supporting a new strategy to strengthen collaboration between the network and its member stations on journalism, fundraising and digital platforms and infrastructure.

The plan calls for flat annual increases in station membership dues and fees for news shows and digital services. The increases will be scaled to seven tiers based on station revenue, with the largest stations earning more than $20 million in annual revenue slated for a 4.25 percent increase each year. Meanwhile, stations with less than $500,000 in total annual revenue will see no increases.

All stations will see an annual 3.5 percent increase in the cost of NPR’s non-news shows.

NPR estimates that its total income from stations under this model will increase 3.5 percent annually, according to COO Loren Mayor, who discussed the plan with Current this week.

NPR initially considered other pricing models, including one based on percentages of total revenue, according to Mayor. But the network recommended the model that won approval because it is “relatively simple” and predictable, Mayor said.

The network will reconsider the pricing structure at the end of its three-year term. The resolution passed also specifies “that NPR may need to revisit this pricing approach before the end of FY2020 in the event of extenuating circumstances impacting the finances of the public radio system, such as substantial reductions in federal funding.”

NPR is anticipating that it will rely less on station income in coming years, according to executives. This fiscal year, 40 percent of NPR’s more than $200 million in revenue came from station fees and dues. By fiscal year 2025, NPR projects that station fees will account for 32 percent of its income, with growth in donations, grants and corporate sponsorship helping to boost total revenue to over $300 million.

The fee increase comes amid ongoing discussions between NPR and stations to define a future relationship — the so-called “Station Compact.” With feedback from its members, NPR laid out five cornerstone initiatives for the next three years:

“We know that each of these will take time to implement, and each of them will have an impact collectively on the long-term business model,” Mayor said during a Thursday board meeting. “And so we’re recommending an interim pricing solution that lets us focus on these initiatives in the near term and fully explore what implications that might have on a long-term business model.” 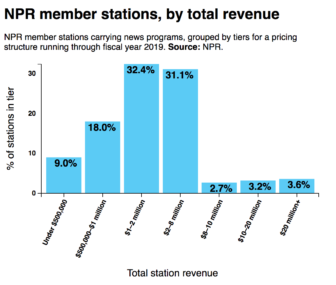 Among the initiatives, NPR sees more potential for working with member stations to expand news coverage. Michael Oreskes, SVP of news, told Current he sees an “opportunity for public media in general and public radio in particular to leverage what already exists but can be much better coordinated and integrated.”

“Digital Services today offers a menu of offerings that enable stations to build their own websites, pursue their own digital strategy,” Hjelm said. “We’re in the process of looking very closely, analytically, at that stack of services and really figuring out which are being adopted, which are truly driving value.”

Hjelm said NPR is also looking into developing a “digital cooperative,” in which stations could share digital infrastructure and innovations, reducing duplication of work throughout the system.

“There are zones of innovation across the system, so finding ways to tap into that is also a key part of the strategy,” Hjelm said. “This is not just NPR trying to expand its footprint. It’s also finding ways in which digital innovation, whether it’s coming out of Kansas City or Chicago or Austin, can be supported in such a way that it’s made available in a broader way across the system.”

Hjelm added that the digital team will look at more ways to increase station presence on NPR.org.

There are concerns among member stations that “the investment that NPR is making on the digital front be something that benefits stations as well as NPR,” said board member Joyce Slocum, CEO of Texas Public Radio in San Antonio, during Thursday’s board meeting. Slocum added that she had also heard concerns “about making sure that Digital Services didn’t discontinue services” that stations rely on.

All of these efforts will be supported by continuing joint approaches with stations to cultivate major gifts for both the network and members, said Chief Development Officer Stephanie Witte.

Collaborations with stations so far have been “fruitful,” Witte said.

“We are able to go in together and have much larger conversations with the donors, which has never happened in the past … ,” she said. “It’s a good model because NPR brings the ability to ask for more.”

One thought on “As it defines relationship with stations, NPR gains board approval for price hike”