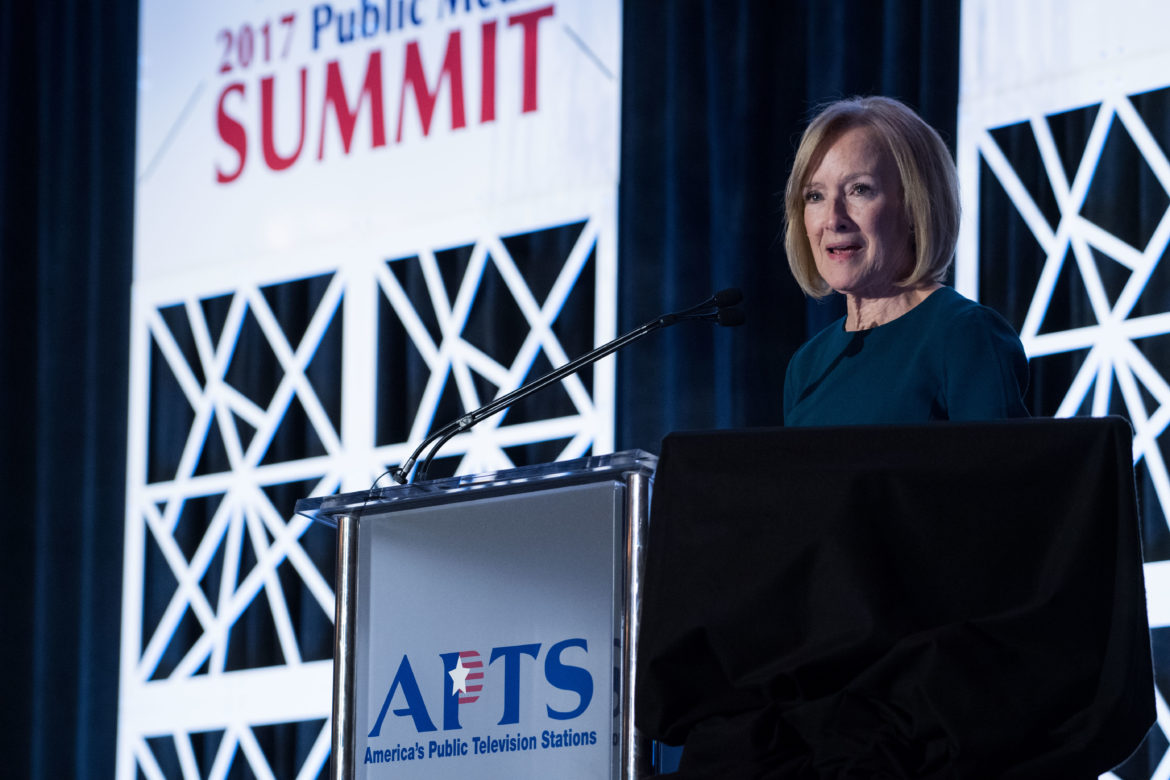 WASHINGTON — PBS NewsHour anchor Judy Woodruff told public broadcasting executives Tuesday that at least one person in President Trump’s administration is “clearly aware of the many benefits” of public media.

“I don’t know if that was deliberately by design, but I also don’t think it was completely an accident,” Woodruff told the crowd at the annual Public Media Summit sponsored by America’s Public Television Stations. General managers and others are meeting to strategize in advance of Capitol Hill visits Wednesday to lobby lawmakers to continue supporting CPB.

High-level support such as Pence’s could be crucial in upcoming congressional budget negotiations. Woodruff said that although Pence has never directly discussed public broadcasting with her, “I know through my conversations with him that he values his experiences with public media and the public TV and radio stations back in his home state of Indiana. We’ve had conversations about that.”

Pence received the APTS Champion of Public Broadcasting Award in 2014 while governor of Indiana.

The NewsHour anchor also talked about the challenges of covering the fast-moving Trump administration. “I said to one of my colleagues today at breakfast, there isn’t a news cycle anymore; it’s a firehose,” she said. “You have to be prepared.” Woodruff’s breakfast was with Speaker of the House Paul Ryan; she left the APTS Summit for lunch with President Trump.

As for the administration’s ongoing criticism of the media, “we cannot have a democracy without a free press, that goes without saying,” Woodruff said. “But how much time should the media be spending engaging with those criticisms? In my view, not very much.”

“To some extent what’s going on is a strategy to distract us,” she added. “No one from the administration has told me that, but I do suspect that.”
Woodruff also paid tribute to her former co-anchor Gwen Ifill, who died in November. She added that the program is “very much engaged in the process of making decisions about the future,” and she’s been “thrilled” with public media guest anchors, including Audie Cornish and Steve Inskeep.