ProPublica has launched a new reporting partnership to compile and verify reports of hate crimes, creating a national database that will serve as a jumping-off point for investigative reporting.

The independent, nonprofit investigative journalism outlet announced the new project, Documenting Hate, on Nov. 15, after increased reports of hate crimes began to roll in after the U.S. presidential election. 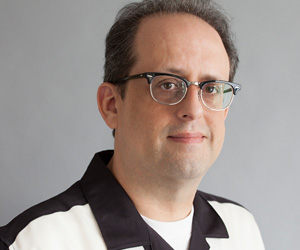 “This is a pattern which very much makes sense to [follow] with what we learned with Electionland coalition,” said Scott Klein, ProPublica deputy managing editor.

Documenting Hate builds on the Electionland initiative, which the news organization tested with dozens of partners last fall. Electionland collected reports of voting fraud or intimidation for real-time news coverage on Election Day. About 1,100 journalists, students and data analysts participated, generating about 500 stories, according to Klein.

As an ongoing project, Documenting Hate presents different challenges than its predecessor, which was an intense effort over a single day. It is meant to be a more durable project, so ProPublica launched it early to begin building an even larger network of national and local reporting partners. It also assigned two in-house reporters to work on it.

“When something is everybody’s job, it’s nobody’s job,” Klein said. “We wanted to concentrate this effort.”

Twelve media partners, including Futuro Media Group’s Latino USA and WNYC in New York, a participant in Electionland, have signed on to the new initiative.

WNYC and ProPublica had worked together before Electionland, and the New York station was eager to join this partnership, said Jim Schachter, WNYC’s VP for News. He was impressed by the military efficiency with which the Electionland coalition took in information and sent it back into the field Nov. 8.

“It was organized in a way that was inspiring, especially when so many of the headlines said that local journalism was in decline,” Schachter said. “It was great to accomplish things that we could never do individually.”

The hate crime database, built on DocumentCloud, will be particularly useful in WNYC’s diverse local market, according to Schachter. The station has already reported extensively on hate crimes against the LGBTQ community, Muslims and the growing Latino population on Long Island. Its podcast United States of Anxiety explored the issue in-depth last summer.

Despite this, Schachter said that there are gaps in hate crime coverage that need to be filled. 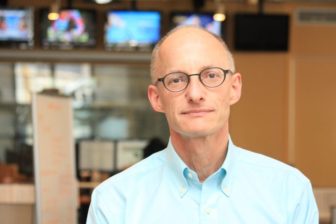 “Very often the narrative of stories gets established by the most extreme cases, which in New York often get exploited by the tabloids,” Schachter said. Or the newsroom hears about hate crime incidents through law enforcement agencies or activist groups that try  “to get your attention with a press release,” he said. “Those are both haphazard ways to find out about things.”

Schachter hopes to use Documenting Hate to find patterns among reported hate crimes and produce coverage that reflects how they actually occur. Another goal is to collaborate with other journalists on larger projects.

“We’re in a day when journalists need to find ways to work together on projects where the whole project is more than the sum of its parts,” Schachter said.

One challenge for Documenting Hate will be verifying the reports sent to its database. Some of its five partner universities, such as the CUNY Graduate School of Journalism, which also participated in Electionland, conduct social media authentication on reports of cyber harassment. Ushahidi, the nonprofit software company that specializes in crowdsourcing, mapping and data visualizations, has signed on as a Documenting Hate partner; it has its own methodology for verifying stories. However, most of the real-life testimonials will be treated as tips that journalists will verify themselves.

The database is designed as a reporting tool for local journalists, Klein said, and his staff will let reporters know the level of verification on specific incidents.

“Our hope is that we can empower a local newsroom to do a good story that asks questions of local authorities and politicians about if the city is tackling [these issues] in the right way,” he said, adding that Documenting Hate hasn’t set criteria for what individuals can or cannot report to the database, because the information being collected is not necessarily going to be used for a story directly related to hate crimes.

“We would be rejecting good data if we make people decide what was worth reporting,” Klein said.

As of this week, the site had already received more than 100 hate crime reports since its launch, according to Klein. This data is not yet available to participating journalists, but Klein’s team is currently developing a system for accessing it.

Klein encourages victims, witnesses and journalists to connect with the project through the Documenting Hate website to share their stories or become part of their network.

“There is no intention to take data from forms and show it to the public,” Klein said. “It is meant to be a tool to be used for further journalism.”