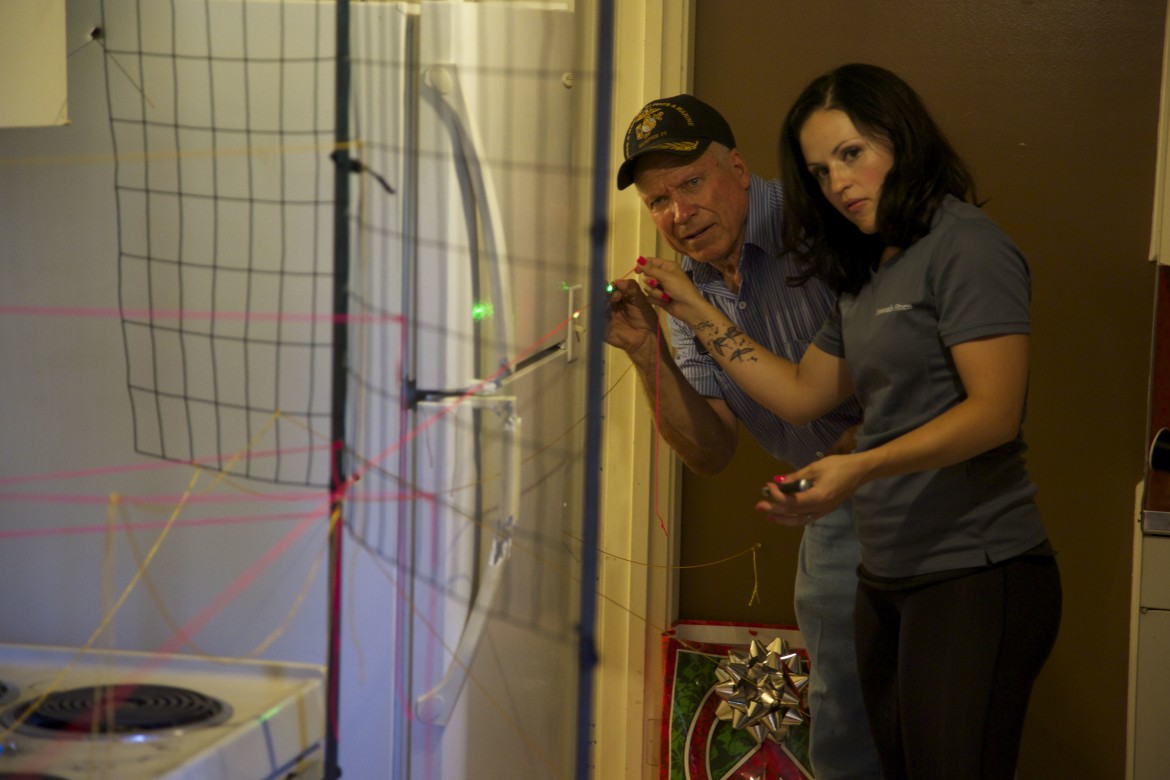 PBS has announced details of Armed in America, a two-night special airing May 9 and 10 that expands its series of town-hall events into an exploration of the rise of gun violence in the U.S.

Each broadcast will feature an Independent Lens documentary followed by a town hall moderated by Michel Martin, weekend host of NPR’s All Things Considered. The one-hour discussions will be taped back to back Wednesday at the Northland Church in Longwood, Fla. Armed in America is produced by Lincoln Square Productions for PBS.

The first film, Peace Officer, follows a former sheriff who created and trained Utah’s first SWAT team but grows alarmed by the increased militarization of the police when that same unit kills his son-in-law 30 years later. The film, directed by Scott Christopherson and Brad Barber, won the Grand Jury and Audience Awards for Best Documentary at the 2015 SXSW Film Festival.

The Armor of Light profiles the faith journeys of two Christians — an evangelical minister and the mother of a teenage shooting victim — who question whether one can be both pro-gun and pro-life. It was directed by Abigail Disney and produced and co-directed by Kathleen Hughes.

“PBS is committed to presenting programs that focus on critical issues facing our nation and providing a platform for discussion,” said Marie Nelson, PBS v.p., news and public affairs.

Viewers can watch the two-night event online via a live simulcast and engage via Twitter using the hashtags #PeaceOfficerPBS and #ArmorOfLightPBS. Views shared on social media during the broadcast will be integrated into the on-air broadcast and aggregated online in a social hub for continued dialogue and discussion.

The Armed in America: Faith & Guns town hall will feature the film’s protagonists, the Rev. Rob Schenck and Lucy McBath, along with the Rev. Joel Hunter, pastor of Northland Church; Shane Claiborne, an evangelical community organizer; Dianna Hobbs, a Christian blogger; Karen Swallow Prior, a professor at Liberty University; the Rev. Kenneth Blanchard, author of Black Man with a Gun; and Troy Newman, president of Operation Rescue.

After broadcast, the films and town hall discussions will be available to watch on PBS’s website and across all platforms and devices that support PBS video streaming apps, including Apple TV, Android TV, Amazon Fire and Chromecast, as well as Android, iOS and Windows 10 mobile devices.

Both Peace Officer and The Armor of Light are also being shown in cities across the country as part of the neighborhood screening series Indie Lens Pop-Up.