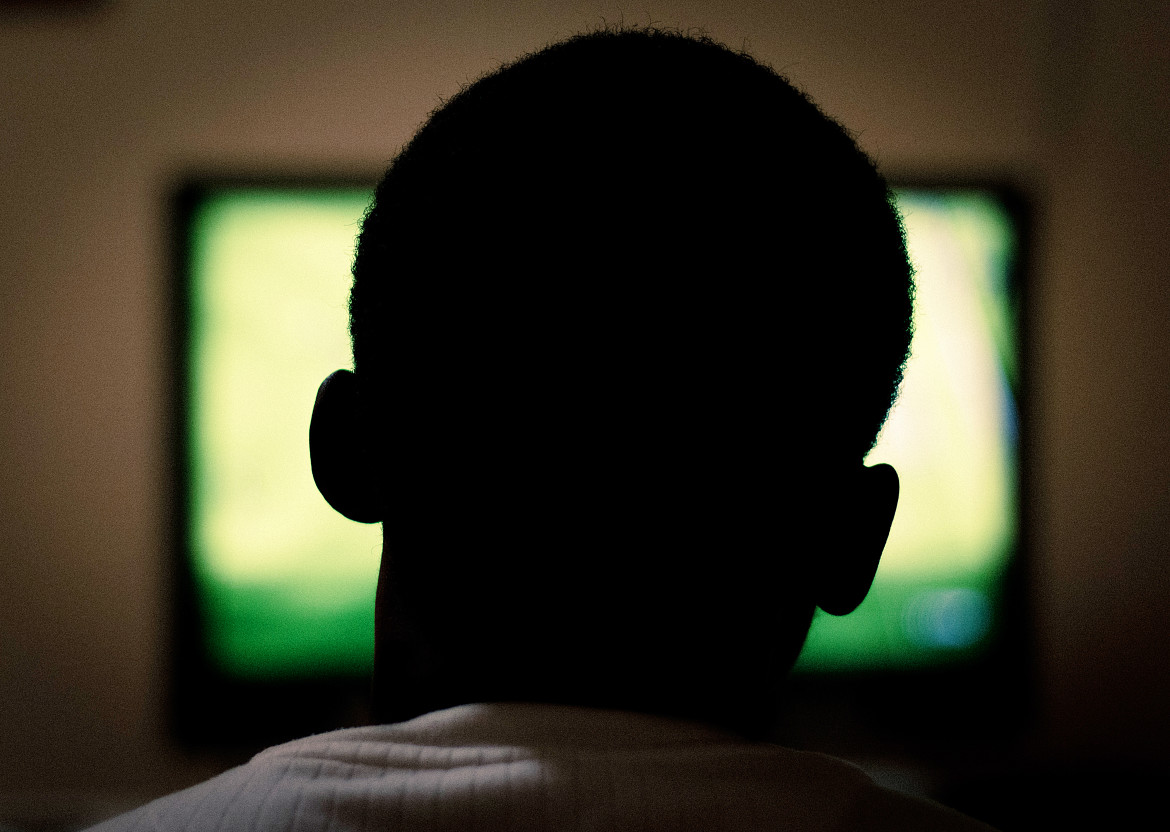 Though public television has long labored under the onus that its audience largely consists of older, upscale white viewers, our recent study of cumulative viewing of local stations demonstrates that this criticism is not warranted.

The 2015 study, Know and Grow, was funded by CPB and powered by new Nielsen software that allowed us to look at how viewers in 56 metered markets watch television on a daily basis. It revealed a very diverse audience for PTV stations in those markets, both in terms of age of the viewers and their ethnicity. In one community, minority viewers watch more public television than do whites.

As the study’s title suggests, we designed the research to deliver insights about stations’ viewership that could then be used to help them grow their audiences. This report focuses on promising findings from the first phase of the study.

Prior to this research, the data available to stations were limited to rating books, which reported the age and gender of the audience — metrics that had been designed to help commercial television stations sell spot advertising. There was little or no data about viewing by ethnic groups or knowledge of how the audience viewed various programs or dayparts.

We also lacked the tools to measure the true reach, or cumulative viewership, or to explain the dynamics of how people viewed all of the public channels available in a market.

Cume is a primary metric in audience research. In television, it measures how many different households or people tune in within a specific time period, such as a week or month. For public TV, it demonstrates the public service value of the programming that stations deliver to their communities and helps support the case for government funding. As some stations have already found from this study, it also demonstrates to local sponsors and other funders that public TV’s reach extends into households across the market, not just affluent neighborhoods.

Two other important audience metrics are frequency, which measures how often these viewers watch, and duration, which tracks how long they watch. The latter is used to calculate gross ratings points.

For this study, we used Nielsen Local TV View (NLTV), software that enabled us to construct our own measures of audience behavior. We were able to look at detailed ethnic audience data for the first time. In addition to answering questions about cumulative viewing and frequency, we could measure how many African-Americans viewed the station, for example. We could track the number of children in the cume and look at specific demographic groups within that viewership, such as how many of them were Hispanic.

The biggest surprise from our early findings was the sizable cumes of minority viewers of some stations. For example, in Las Vegas 25 percent of the Hispanic households in the market were in the weekly household cume of Vegas PBS, while the Hispanic monthly cume was 44 percent.

NLTV allowed us to define the cume window, so we shifted to a day cume measure instead of the commercial TV metric of quarter-hours. Day cumes let us determine how frequently a home or person in the cume watches a station. With that metric we discovered “new” audiences that didn’t show up in the rating books.

With each time period that we examined, Vegas PBS’s reach expanded by leaps and bounds: The two-month cume rose to 53 percent of Hispanic households in the market; for a three-month quarter, it rose to 63 percent. We found even more “new” viewers in the yearly cume of 84 percent.

This pattern of cume growth across expanding windows is not unusual; it occurs for most broadcasters. With this analysis we measured audience patterns that have always been there; we just didn’t have to tools to measure them. And the data refute mischaracterizations of public TV’s audience as homogeneously white retired folk. Within three months, two-thirds of the market’s homes — regardless of race, gender or age demographics — view their local PTV station.

The second set of findings further confirmed that people regularly watch television in a week, but we learned that people are very irregular in what they view. From day to day, or week to week, they do not watch the same stations or programs. For public television, this means most homes view their local station only once or twice a month, which confirms the importance of the expanded cume window.

The findings on cumulative viewing by minority audiences have proven valuable to PTV executives at local stations, some of whom have used them to make the case for funding from community partners.

In Las Vegas, Tom Axtell has observed dramatic demographic shifts in the market since he joined Vegas PBS as general manager in 1994. At that time the public school population was 67 percent white, 12 percent black and 12 percent Hispanic. Today Caucasians are 30 percent of the school population, Hispanics are 44 percent and African-Americans remain at 12 percent. In running a station that’s licensed to the Clark County School District, Axtell and his leadership team are attuned to the challenges faced by local educators, including language barriers and low graduation rates among the student population.

When our report on the ethnic cumes measured by the Know and Grow study arrived at Vegas PBS, Axtell shared them with the manager of Mariano’s supermarkets, which serve the Hispanic community. The conversations that followed secured $25,000 in underwriting for Vegas PBS and a partnership to sponsor Back-to-School Backpack Fairs in several low-income neighborhoods. The events were hugely successful, giving away 4,000 backpacks filled with school supplies and other goodies, including information about children’s programming and educational apps available from Vegas PBS.

“I see our mission as leveraging national programming to meet community needs,” Axtell said. “Active outreach is critical, of course, but so is quantifiable information about viewing that demonstrates to partners that the station is reaching the target audience. This new data does that.”

Detroit Public Television President Rich Homberg is especially proud of what the Know and Grow data have confirmed about the station’s strong relationships with minority communities. DPTV’s reach to African-American households and its black viewership exceeds that of white audiences — a unique finding in the study. The station also attracts a high level of kids’ viewing, and children’s programming is one of the most popular genres for DPTV’s African-American audience.

“When we saw these cume estimates for black households — as well as the kids’ numbers — we were elated,” said Stephen Danowski, director of business development. The station’s underwriting team wove the findings into several programming packages that celebrate diversity, including such PBS series as Ken Burns’s Jackie Robinson and Finding Your Roots, locally produced specials and series, and sponsorship opportunities tied to local engagement.

Additional Know and Grow data about DPTV viewing disprove the criticism that public TV is elitist. Viewers with a high school education, or less, sample DPTV’s primary and multicast channels more often than viewers from any other educational category — including those who hold doctorates.

“We are one of the most diverse markets in the country,” Homberg said. “Many are surprised to learn that we not only have a large black community, we have a significant Arab community. We also have an emerging Latino audience — and it is different than that of Miami, San Antonio or Chicago.”

Another fan of Know and Grow is KQED’s top marketing executive Michael Lupetin, who faults the limited demographic data captured by traditional television and radio ratings because they don’t reflect the diversity of the public TV audience in San Francisco.

“I am concerned about serving our entire audience,” Lupetin said. Through the NLTV software, KQED can look at media usage for all segments of its audience.

In San Francisco, like many other top markets, Know and Grow found broad reach among viewers who are not normally associated with public TV. The data provide numerous opportunities for stations to improve their fundraising and community service.

Putting findings to good use

In the first phase of Know and Grow and this report, we focused only on “how many” view their local PTV stations. Cumes provide proof of performance internally and to funders — demonstrating whether stations are reaching target audiences such as children or ethnic groups, for example. Later we will discuss frequency and duration, and we will work with stations to better understand audience behavior using NLTV data.

It wasn’t possible for Know and Grow to analyze viewing data from non-metered markets, but the data offer insights of interest and potential use for every public television station. The TRAC Media team has presented findings from Know and Grow at national meetings for managers and programmers.

It is gratifying that the audiences are larger than we thought, but looking ahead we plan to study the unique ways people view their local stations, especially the role local programming plays in building a station’s cume.

The last leg of this project is outreach. As we saw in Detroit and Las Vegas, station managers and staff who have developed ways to connect with their communities can demonstrate the public service value they deliver to households across their markets. We need to develop more empirical methods to help stations develop branded outreach programs.

Public TV has not always excelled at telling its audience success stories, and TRAC hopes to change that with more research like Know and Grow.

About half of the public television audience originates from economically disadvantaged or minority audiences that we consider “underserved” by commercial media and society as a whole.

Nielsen’s NLTV software can accurately track these audiences because it counts a viewing home only once while also capturing its characteristics accurately, even if the household falls into as many as three underserved categories.

Significant portions of the audiences for Detroit Public Television (44 percent), Vegas PBS (58 percent) and San Francisco’s KQED (48 percent) are from underserved populations. The percentages for each market are calculated among households that meet one or more characteristics of underserved audiences, including ethnicity, poverty-level income and no access to Internet services. A home that fits into multiple categories — such as an African-American household that’s not connected to the Internet — is counted just once toward the local station’s underserved percentage.

This capability makes NLTV a valuable tool for tracking community service by public TV stations. It can be used for internal metrics and for demonstrating community service to local stakeholders. The software has the flexibility to measure other audiences, such as zooming in on viewership within specific neighborhoods or looking at the demographics of audiences who watch public TV multicast channels.

TRAC used NLTV to calculate underserved audiences in many different ways, looking at categories such as educational attainment and Spanish-language preferences within a household. The constant across 56 metered markets studied by Know and Grow is that local stations attract surprisingly high percentages of the underserved population, refuting the notion that public television’s audiences are affluent, highly educated and white.­ — Craig Reed