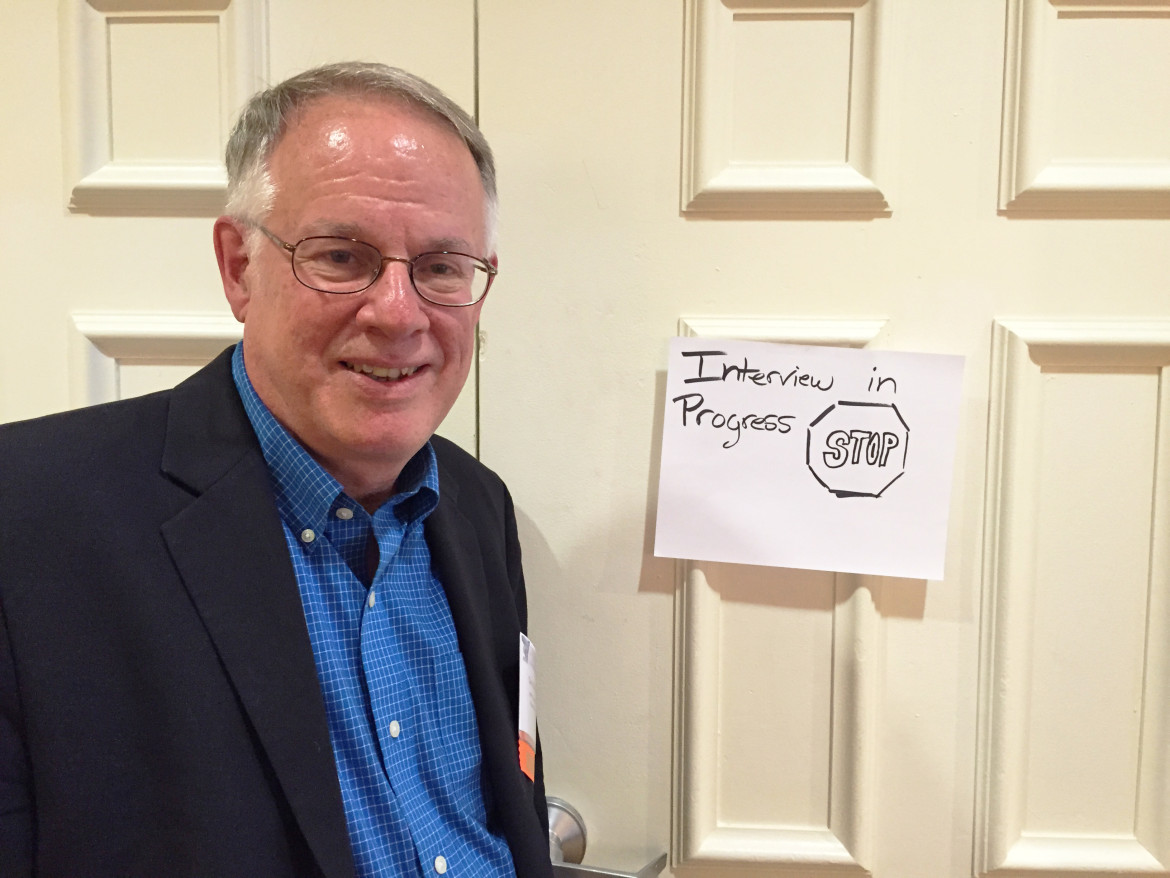 Satullo poses outside of the hotel linen closet where The Pub host Adam Ragusea interviewed him at the 2015 Pennsylvania Press Conference in June. (Photo; Adam Ragusea, Current) 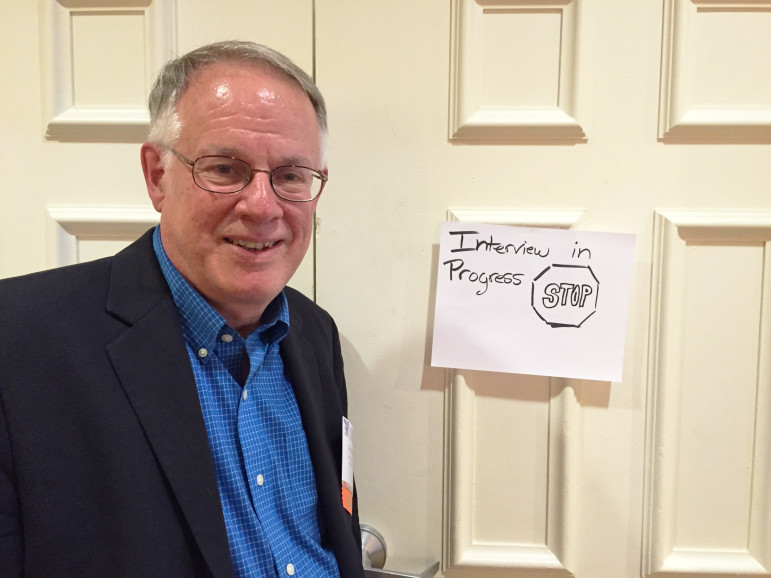 Satullo poses outside of the hotel linen closet where The Pub host Adam Ragusea interviewed him at the 2015 Pennsylvania Press Conference in June. (Photo; Adam Ragusea, Current)

“I would hope it would become the hub of a — sort of — virtual collaborative network of like-minded journalists,” Satullo told me on The Pub in June. Rather than viewing WHYY solely as a source of community journalism, he thought it could function as a benefactor of community journalism — a supporter of great work already being done beyond the station’s walls.

Then in September, Satullo abruptly resigned his position as v.p. for news and civic dialogue. Subsequent reporting by the Philadelphia Inquirer suggests he was forced out over conflicts with fellow senior managers.

On this week’s episode of The Pub, we listen back to my conversation with Satullo. Also:

Correction: The headline of this post has been revised to accurately reflect Satullo’s departure from WHYY.