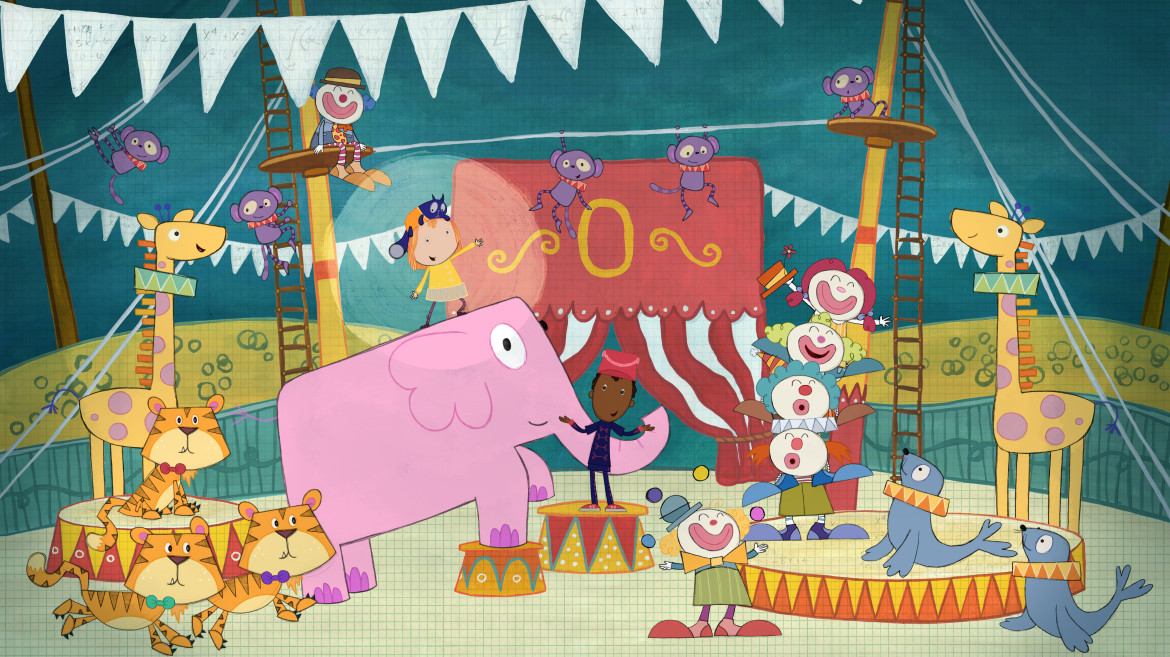 The math series for preschoolers is produced by the Fred Rogers Co. The Pittsburgh nonprofit educational media company is among only 10 percent of applicants to NSF’s Advancing Informal STEM Learning Program to receive funding, announced last week. STEM content focuses on science, technology, engineering and mathematics.

“Supporting this type of programming, which yields valuable insights about how to engage young children and their teachers, furthers NSF’s goal of encouraging STEM learning at an early age,” Sandra Welch, program director at NSF, said in the Oct. 7 announcement.

The NSF first backed Peg + Cat in 2013 with a $3 million grant for production of the first season and related outreach for parents and teachers.

The latest grant supports educational outreach as well as a Peg + Cat summer camp at Carnegie Science Center and a professional development program with the Pittsburgh Association for the Education of Young Children and St. Vincent College. It also funds research in partnership with the University of Pittsburgh’s Department of Psychology in Education to study relationships among media and technology, teacher-child interactions, children’s social-emotional skills and engagement and interest in math.

“The Fred Rogers Co.’s efforts will make an important contribution, not only to informal learning, but also to interdisciplinary research,” Welch said in the announcement.