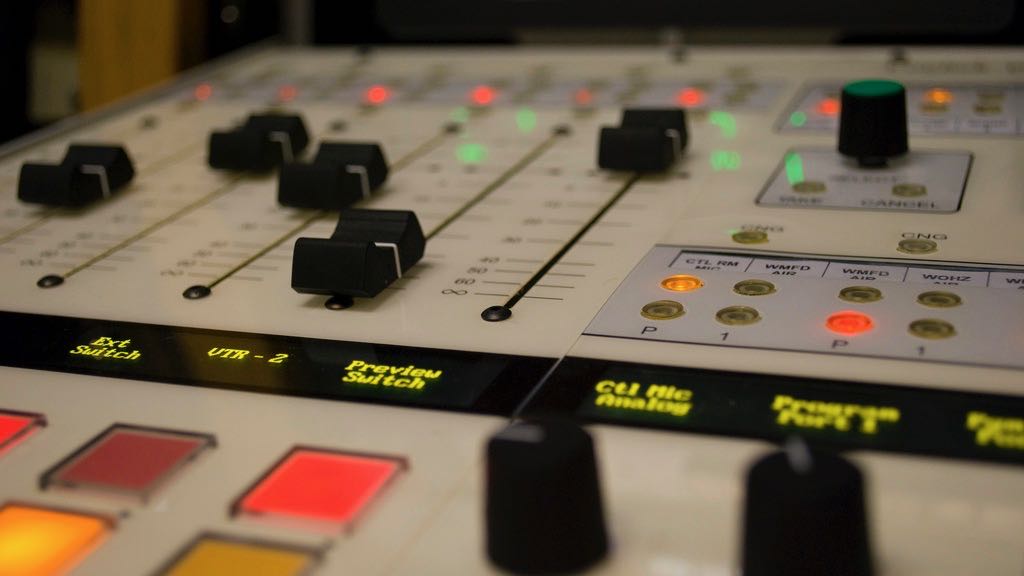 This commentary is adapted from a segment on Current’s weekly podcast The Pub.

For us producers of TV and radio shows, theme music tends to be like that dining room table you inherited from your grandmother: It’s nothing like what you would have picked out for yourself, yet you’re stuck with it, and it utterly dominates the room.

Nothing stinks up the joint like a dated or otherwise inappropriate theme, and yet you may feel obligated to keep it, having invested years into making it your show’s musical brand. I’ve been in this situation myself a few times, so I’m able to appreciate the bravery with which producers of one of my favorite podcasts, Slate’s Culture Gabfest, made the decision late last year to ditch their rather bland folky theme and commission something new and purpose-built.

I think their new music, composed by Nicholas Britell, is quite lovely, but I fear it might not age any better than the dusty theme it is replacing (I’ll explain why later). What’s more, I think the process by which the Slate team arrived at their new music provides a model of how not to pick a show theme.

I should say I know this only because the Gabfest documented their entire process of working with Britell in a recent episode that is dedicated exclusively to their quest for a new theme. If I were to put raw tape of one of my creative processes on the Internet, I’m sure many people would find plenty of missteps. But they put themselves out there with this episode, so let’s all learn what we can from it.

The always-entertaining and erudite Culture Gabfest panelists — Stephen Metcalf, Dana Stevens and Julia Turner — started by giving Britell a list of feelings, sounds and musical styles he should incorporate: gamelan, strutting, birdsong, guitar, Swedish emo — the list went on and on.

Britell did yeoman’s work translating this word salad into a set of potential themes. However, it was clear from the Gabfest discussion of the drafts that Britell had never engaged the Slate team in a thorough conversation about how they planned to use his music.

How many seconds of the music are you going to hear in the clear? What part is the host going to talk over? Is it going to fade out underneath the host intro, or are you going to bump it back up into the foreground at some point? What kind of voice does your host have? Will it blend well with the music, or will the frequencies compete, forcing you to mix the music so low you can barely hear it?

These are questions, I would argue, that you should consider at the very beginning of the process, so that the composition can be written accordingly, but the Gabfest crew clearly didn’t think about them until the very end. For instance, in their discussions Metcalf repeatedly voiced support for one draft based on the merits of its ending, not considering the fact that the music would likely fade out under his intro long before it ever got to the part he liked.

The final draft they chose consists of an atmospheric prelude that transitions into a gentle hip-hop beat and what Stevens aptly described upon first hearing as a Vince Guaraldi–esque “sad Charlie Brown” piano tune. Again, I think it’s very pretty, but I don’t think it works especially well as theme music.

As mixed by Culture Gabfest producer Ann Heppermann, by the time we sit through the prelude there’s time to hear only the first few notes of the actual piano theme in the clear before it ducks under Metcalf’s intro. If she gave it any more time, there would be way too much music before the start of the actual content. As a result, the intro music sounds at once too long and too short to me, and I don’t think it effectively brands the show.

I’ll acknowledge that there are probably lots of ways to write great theme music, but I do think the best themes have one feature in common: a “head motive.” That’s a few notes — maybe four or five — at the very beginning of a musical theme that serve as the signature for the whole composition, the most famous example of all time being from Beethoven’s 5th Symphony. You need only hear the first four notes before you can name that tune.

Why do I think it’s important for show themes to begin with a head motive? Two reasons.

First, I figure that now more than ever show themes need to be like surgical strikes. They’ve got to get in, accomplish the mission objective and get out before anyone has even noticed. Modern media consumers have no time to sit and listen to your 30-second opus before they get their content.

I don’t know about you, but when I hear more than about five seconds of pure music at the beginning of something I get bored. And if it’s on-demand media, I try to skip ahead to the start of the actual show, but I inevitably overshoot so I have to run it back again. But then I overshoot in the opposite direction, which means I end up having to listen to most of the music anyway. Sigh.

A theme needs to be able to brand a show in the space of just a few seconds. One excellent example is Bernard Hoffer’s opening fanfare for PBS NewsHour, which clearly announces itself with a six-note head motive.

This technique not only works with serious classical news themes but also with more contemporary sounds, such as Four Tet’s “Everything Is Alright,” which serves as the theme music for NPR/WBUR’s On Point with Tom Ashbrook. The head motive has no pitches at all — a two-second drum breakbeat instantaneously brands the show.

The greatest news theme ever, in my estimation, is Don Voegeli’s All Things Considered theme. There is, in fact, something quite Beethovenian about it. Not only does the ATC theme have a distinctive head motive, but the head motive actually generates the rest of the theme, as it does in Beethoven’s 5th Symphony.

The fact that the whole ATC theme consists of different iterations of one head motive imbues those four little notes with even more meaning, or branding, to put it crassly.

This leads me to the second reason that head motives are important for show themes: The fact that something so musically simple is so pregnant with significance makes it ripe for variation.

What if you decide that your theme is sounding dated, and you need a new one to make the show sound fresher and younger? Do you have to just throw away the decades you’ve invested in your old musical brand? Hell no! Not if you’ve got a distinctive head motive that’s simple enough that it can be recast in almost any style.

Here’s a variation of the ATC theme that I created. I think it sounds a little hipper, and it also mimics another feature of Voegeli’s work that I think makes for good theme music. Lots of music in the world starts small and then gets big — think a solo guitar riff followed by a full band entry. When music like that is used for show themes, the small part is usually heard in the clear, and then when it gets big the host starts talking over top. This is the opposite of the way it should be, I reckon. The part at the beginning that you hear in the clear should be big, and then it should get small to make room for the host’s voice.

That’s just my taste, but the broader point is, you could get anyone from Lil Jon to Arcade Fire to do an ATC theme and it would still sound like ATC, as long as they used those four little notes of the head motive.

Marketplace has music that I think sounds embarrassingly dated (and the show’s producers are arguably stuck with it) because B.J. Leiderman’s theme lacks a simple, distinctive head motive — four or five notes that could be reframed in a more contemporary sound. If Marketplace ever decides to get fresher music, they’ll likely have to start from scratch, throwing away years of investment in their old musical brand.

This is where I fear Slate’s Culture Gabfest might end up if, with a little luck, this very fine show continues for another decade or two. Britell’s ambient prelude contains no distinctive motivic material at all, just a bunch of swirling sounds. The Charlie Brown piano theme that follows has a memorable-ish melody that could be rearranged, but because we never hear it in the clear, I don’t think it can function as the show’s musical “logo.”

So, show producers out there, here’s your bumper sticker takeaway: Think ahead! Use a head motive.

Adam Ragusea is the host of Current’s weekly podcast The Pub. He is also a journalist-in-residence and visiting assistant professor at Mercer University’s Center for Collaborative Journalism and previously studied music composition.

24 thoughts on “How to pick theme music for your show, and how not to”