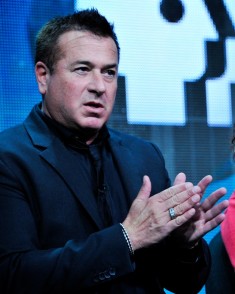 LOS ANGELES — A new reality series tracing the ancestral roots of Americans is coming to PBS directly from Ireland.

The format for Genealogy Roadshow, which premieres Sept. 23, was created by an Irish production company, Big Mountain Productions. Veteran reality show producer Stuart Krasnow licensed the format for sale in the United States and pitched the idea to PBS.

TV format licensing is a multimillion dollar international business. Some of America’s most popular TV shows, including American Idol and Survivor, began as formats in other countries. For PBS, however, the world of format licensing is largely new territory.

“I’ve never done a PBS show, and I’ve worked for pretty much every network over 30 years,” Krasnow told Current. “But I heard they were interested in ideas that you might not think to pitch to PBS.”

Krasnow’s agent called PBS chief programmer Beth Hoppe to request a meeting with the producer. The agent knew of two previous PBS series in which Henry Louis Gates Jr. traced the ancestry of celebrities, Krasnow recalled, and said Genealogy Roadshow would be perfect for public TV.

Unlike either of the PBS shows featuring Gates — Finding Your Roots and African American Lives — as well as NBC’s Who Do You Think You Are?, Genealogy Roadshow focuses on average Americans, not celebrities. Instead of providing a full genealogical report on the featured person, the show researches specific questions about their ancestry.

“Maybe it’s a family story they heard,” Krasnow said. “We had a family in Nashville who heard their great-grandparents were slaves given as a wedding gift. It ended up not being true, but we were able to substantiate a bunch of other things for them and trace the story to the relative it came from.”

At each stop, Krasnow and his crew worked with local public television stations to turn out a crowd of people with questions about their ancestry. A small team of researchers, with direction from the genealogists, hunts down the answers. Later, a few of those who asked questions about their family history are brought back to learn the answers while video cameras roll.

Ironically, the show’s Irish creators chose the name Genealogy Roadshow, not PBS, which is pairing the reality series with its most popular weekly series, Antiques Roadshow. The Monday 9 p.m. time slot seemed the best fit for the new show, Hoppe said, but the similarity in the series’ titles wasn’t intentional.

With the elder Roadshow as its lead-in, Genealogy Roadshow will be assessed on its ability to build hold on to most of the audience that Antiques Roadshow delivers to it.

Other networks expressed interest in Genealogy Roadshow when Krasnow was seeking a production financing, but most were willing to commit only to a pilot. PBS, on the other hand, ordered and provided a budget for four episodes.

“I’d say the budget is very healthy,” Krasnow said. “The budget is probably more than it would be for Discovery but not as much as NBC. Somewhere in the middle there.”

Public TV broadcasts of Genealogy Roadshow are likely to open doors to PBS for other producers working with commercial networks, Hoppe and Krasnow predicted.

Hoppe, who has been working to broaden the pool of producers who work directly with PBS, is excited by the conversations she’s having with Hollywood-based producers. “[A] lot of them have passion products they can’t get made commercially, and they want to talk to us,” she said. “That’s exciting.”

She welcomes ideas for additional reality programs that have “PBS DNA” at their core. “It’s not going to be run-of-the-mill reality,” she said. “It’s got to be something special.”

Krasnow described his new relationship with PBS as “a game changer,” and said he would be honored to produce more for public television.

“PBS has better coverage than any cable station,” he said. “They have more stations than any other network. They have the coverage and they have the infrastructure to go local . . . . PBS knows how to attract viewers on a local level.”